JACK LOSCUTOFF
1931
I was born at an early age in San Francisco, California, of humble Russian peasant stock. If my grandparents had remained in the old country, I might be writing this in Russian instead of English. I prefer English because it's a much richer language than Russian.
Though I have other personae (Greek for "masks") as we all do, I especially like  the creator mask. In me, it appears principally as wordsmith: poet, satirist, cartoonist, fool, teller of twelve-year-olds' bad jokes, minstrel, memoirist, essayist, comedian, playwright, short story writer, novelist, prophet, dreamer, teacher. But until my fifty-eighth birthday, I didn't create. Instead, I interpreted and evaluated the written words of others.
1967
San Francisco State College recognized my expertise as a literary critic by awarding me an MA in English and American literature. The most obvious employment for a person with that newly acquired skill was as a teacher of English composition, that is, essay writing at a community college. A semester of practice teaching at San Mateo Community College a few miles south of the big city convinced me it wasn't my cup of tea. The students (surprise, surprise) were no more prepared to write something interesting a month after graduating from high school than they were the month before.
Refusing to lower myself to teaching such dunderheads, I resolved to continue my own education and travel the road to a Ph. D. With that degree, I reasoned, I could work at a four-year college or university with serious, well-prepared students. By then, however, my G. I. benefits had run out. I applied for and obtained a student loan. But even with the loan, I needed to earn additional money. For, by then I had a wife and two small children. I thought that problem was solved when I was accepted as a graduate teaching assistant at Washington University in St. Louis. The graduate teaching assistantship was an arrangement by which a student could work toward the degree half-time and teach the other half in exchange for a small salary and free tuition. In practice it amounted to teaching three-fourths time and studying one-quarter time. I left Washington U. after two years.
1969
I found a job at South Dakota State University teaching the same kind of courses that I had sought to avoid at San Mateo Community College: English composition. The South Dakota students were no more prepared or serious than the California ones. They were certainly more culturally isolated. I got the axe after five years because the legislature ran out of money for teaching their young people how to write. Balancing the budget was more important.
1989
Fifteen years later on my fifty-eighth birthday, I realized I'd always been a bridesmaid but never a bride. And so, instead of being paralyzed by my awe of gods like Shakespeare, Dante, Melville and Yeats, I made a decision. I would begin my climb up the Mount Olympus from which they looked down on me. So, starting in 1989 with help from books on the subject and attendance at writing critique groups, I've been teaching myself creative writing. I haven't reached the top of the mountain, but sometimes I see the gods smiling in approval. That's reward enough.
jack loscutoff
sage in bloom
author
poet 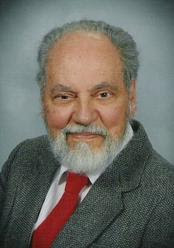 Posted by marilyncoffey at 8:52 PM